Implementation of the program by Varvara Pikoula

Varvara Pikoula is a graduate of the Department of Physical Education and Sports of the Democritus University of Thrace, specializing in Greek traditional dance and special education. Holder of a master’s degree (MSc) in The Management of Cultural Units of the Hellenic Open University. She completed the P.E.G.A. a program of evaluation and training of T.E.F.A.A. in Komotini. 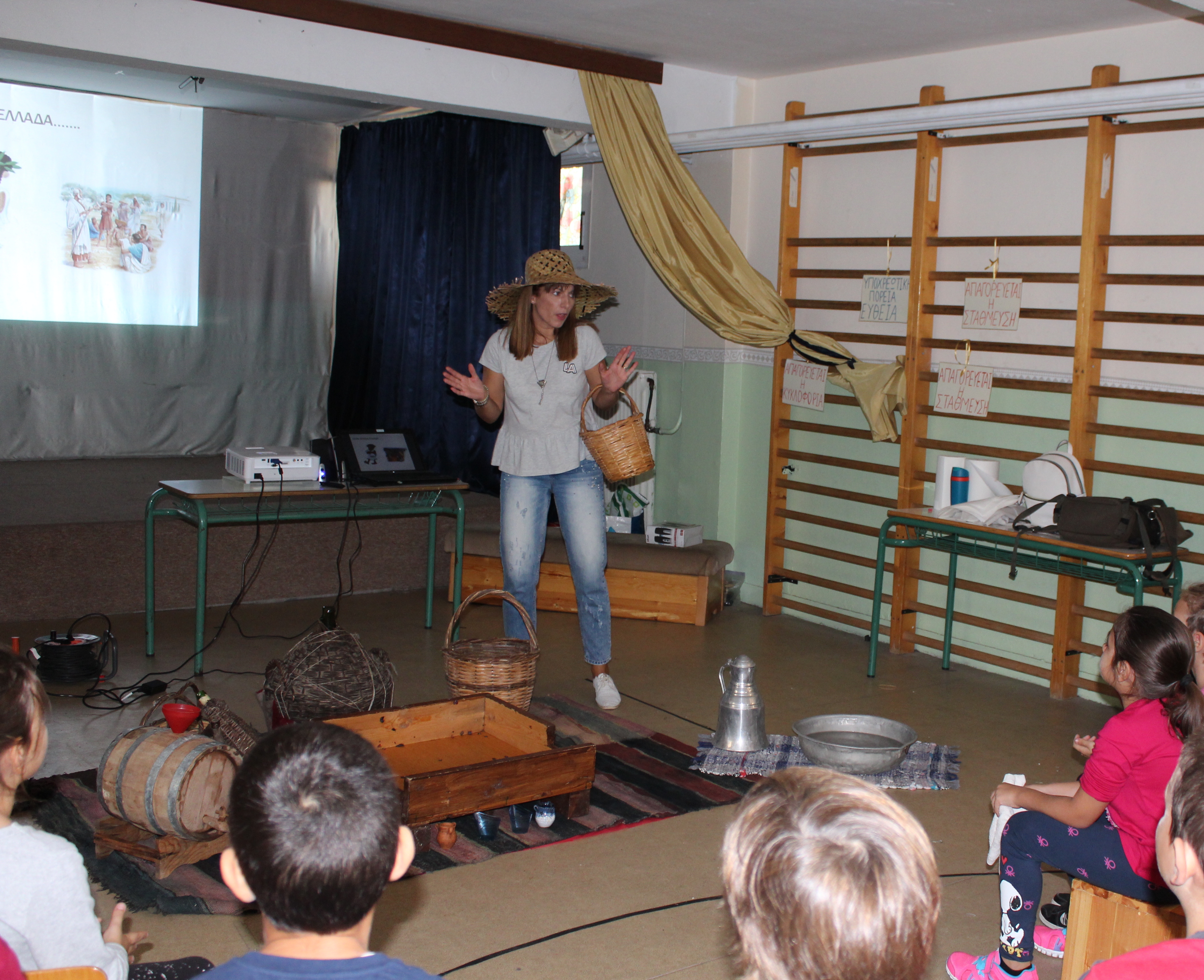 At the same time and for 22 years, she has been teaching Greek traditional dances to cultural associations in Thessaloniki and the wider region, while for two years she worked part-time in public education.

She is an external collaborator of the Archaeological Museum of Kilkis, where the program “Playing in Traditional Paths” is already being implemented, part of her work has been presented at the 5th and 6th International Congress for the promotion of educational innovation in Larissa, at the 33rd Scientific Meeting on the Archaeological Work in Macedonia and Thrace, as well as at the 6th Panhellenic Conference on Education and Culture at the 21st century from the Museum of School Life and Education

Recently, the workshop “Playing on Traditional Paths” was included in the European list of selected businesses and institutions that are distinguished for the development of notable initiatives, activities and good practices on issues of experiential tourism focusing on culture and heritage, in the Black Sea

We use cookies on our website to give you the most relevant experience by remembering your preferences and repeat visits. By clicking “Accept”, you consent to the use of ALL the cookies.
Cookie settingsACCEPT
Manage consent

This website uses cookies to improve your experience while you navigate through the website. Out of these, the cookies that are categorized as necessary are stored on your browser as they are essential for the working of basic functionalities of the website. We also use third-party cookies that help us analyze and understand how you use this website. These cookies will be stored in your browser only with your consent. You also have the option to opt-out of these cookies. But opting out of some of these cookies may affect your browsing experience.
SAVE & ACCEPT